In January, NostraChuckus predicted that this would be the year of the Baby Boomer Brain. He’s certainly done a miraculous job so far. Everywhere you turn there are new studies, new theories, new books about that super-charged soggy stuff stuffed in our noggins.

It’s not all good news.

…So far, nothing has been found to prevent or delay this devastating disease, which ceaselessly kills brain cells, eventually leaving people mute, incontinent, unable to feed themselves, unaware of who they are or who their family and friends are.

“Currently,” the panel wrote, “no evidence of even moderate scientific quality exists to support the association of any modifiable factor (such as nutritional supplements, herbal preparations, dietary factors, prescription or nonprescription drugs, social or economic factors, medical conditions, toxins or environmental exposures) with reduced risk of Alzheimer’s disease.”

…There is only poor evidence, for example, that keeping your brain active, having a high level of education or exercising has a protective effect.

What does this have to do with advertising?  It’s time to cease referencing Alzheimer’s when marketing products and services. There are plenty of valid reasons for eating healthy foods, exercising, or challenging yourself with new mind and body activities. Stop flashing the false hope of staving off a perplexing disease that frightens every Baby Boomer. 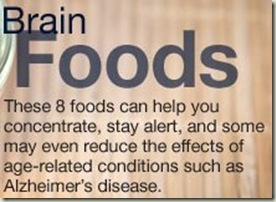 My advice has always been to take the high road with the 50+ Market.  They’ve been around long enough to recognize most B.S. – and when they feel they’ve been fooled, say goodbye to them.

Laurie Orlov’s take on it all: Alzheimer's hype, hope, oops...reality.