The first time:  We’re all miserably happy, or …

That famed Soothsayer has done it again:

Second-Act Aces
By TIMOTHY EGAN
June 30, 2010, 9:00 pm
When does creativity peak? The second-act aces make a case for middle to late age. Take a look at some of the people who have not simply performed well but done their best work in their later years.

What Kind of Genius Are You?
Galenson maintains that this duality - conceptualists are from Mars, experimentalists are from Venus - is the core of the creative process. And it applies to virtually every field of intellectual endeavor, from painters and poets to economists. 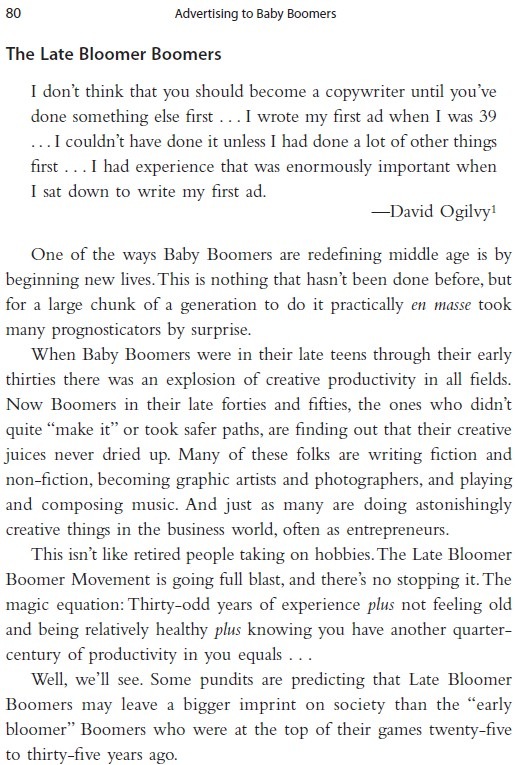 Advertising creatives?  Young or old?  Or both?

"No, I don't think a 68-year-old copywriter can write with the kids. That he's as creative. That he's as fresh. But he may be a better surgeon. His ad may not be quite as fresh and glowing as the Madison Ave. fraternity would like to see it be, and yet he might write an ad that will produce five times the sales. And that's the name of the game, isn't it?"
– Rosser Reeves