I read the online edition of The New York Times all the time.  So I’ve grabbed and linked to this or that article dozens of times. 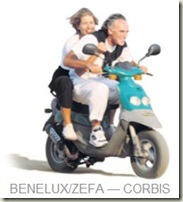 In January 2008 I thought it fascinating that there were two articles over two days – one about marketing to Baby Boomers and one about diversity.  I blogged about it:

Diversity = Productivity
Irony: The article with answers to how advertising can reach Baby Boomers doesn’t mention advertising or Baby Boomers, while the article that doesn't really have much to say on the subject is all about subject. 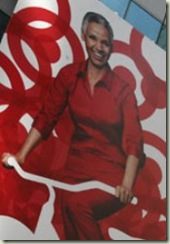 The Older Audience Is Looking Better Than Ever
For decades, older consumers were largely shunned by marketers because they were deemed less wealthy, less likely to try new products and less willing to change brands. Campaigns directed at them were described dismissively as made for the “Geritol generation.”

The Introduction to my book (1st Edition May 2005) is subtitled “The Geritol Syndrome” – and available for free from my publishers, Paramount Market Publishing:

In the book and on this blog I’ve talked at length about Grandparents and media and media planners and brand-switching and just about everything else in the NYT piece.  Here’s something from The Kansas City Star where I was interviewed along with Hallmark Channel CEO Henry Schleiff – and we’re discussing all the same things.

But a more interesting piece that really does have to do with  marketing/advertising to baby boomers was in the NYT a few days before:

Generation B
by Michael Winerip
They Feel Your Losses
“The boomers’ experience, their values and their work ethic make them worth it,” Ms. Ringer said. “They’re good at performing gracefully under pressure.”

Read this recent post and now I can pretty much repeat what I said a year ago:

Irony: The article with answers to how advertising can reach Baby Boomers doesn’t mention advertising, while the article that doesn't really have anything new to say on the subject is all about subject.