Most Inane Commercial of The Year Award 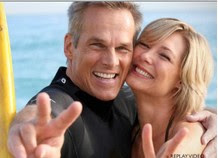 Thanks to Brent Green for nominating this one.

Actually, it was cloned.

Too bad, too. Because this is a hot topic. With proper positioning and a campaign not so lame, so demeaning ...

The product will sell (it's in the right place at the right time), but imbued with an honest generational aesthetic instead of insulting, smarmy clichés, sales might have been phenomenal.

And I bet it'll also make a lot of people from other generations cringe. (Or thrilled that we're being portrayed as such nincompoops.)
____
Update May 26, 2008: As usual, NostraChuckus predicts the future.

OK .. so it was posted two days before mine. I didn't see it until today. Cut this ol' Soothsayer some slack.

Make sure you read the first dozen or so comments attached to the post.

And as you read, keep this quote in the back of your mind:

Recently I have been embarrassed to be part of this generation. The reason? Madison Avenue. Madison Avenue is never wrong. They’re the neighbor across the street that sees you in the way you don’t see yourself. They’re young, they’re cocky, and what they say about the older generation becomes the truth. People still think there was a real Mr.Whipple, so I know whatever Madison Avenue says about us is what everyone’s going to believe anyway. —Albert Brooks