Beyond The Boomers Conference in Chicago

Beyond The Boomers: The Transition Years is turning into a must-go-to business conference. Recent additions include Matt Thornhill of The Boomer Project and Mike Irwin of Focalyst. These gents are the presidents of the two top research/marketing firms focusing on Baby Boomers and the 50+ demographic.

And it will be the first time that Mr. Thornhill and Mr. Irwin will appear together at a neutral venue. I'm bringing along two pair of boxing gloves so they can duke it out.

The championship bout will be at The Chicago Hilton on October 20th. Opening bouts include Chuck Nyren vs. his on-the-fritz laptop computer and bent-out-of-shape and always-falling-off-his-nose reading glasses.

Read more about Beyond The Boomers: The Transition Years.
Posted by Chuck Nyren at 9/14/2006 No comments:

Paula Sartini in South Africa has an excellent piece about diversity on MARKETINGWEB. A few quotes:


"The advertising industry is notoriously associated with young people, crazy ideas, wild parties, and general excessiveness. The average age in the industry is way below 30 …"

"During the last few years the industry has been under tremendous pressure to reflect a more diverse workforce, and although not substantial enough, some inroads have been made into the issue of racial mix …"

"Advertising agencies are in the business of creativity. They are also in the business of managing human perceptions. It's therefore interesting that although many tactics are employed to ensure creativity, agencies have traditionally not cottoned on to the fact that a more diverse workforce, inclusive of non-discriminatory age policies, poses the potential for greater competitive advantage."

Her article echoes major themes in my book, Advertising to Baby Boomers.

And if you think diversity is a problem only in places like South Africa, read this piece by Dianne Cardwell and Stuart Elliott of the New York Times:


Finding that just 2 percent of the upper echelon of the advertising industry is black, New York City officials said yesterday that they had reached agreements with several of the nation's biggest ad firms forcing them to bring more black managers into this crucial sector of the city's economy.

A few folks have sent me a link to The Baby Boomer Death Clock. Even the fellow who put it up emailed me:

Hi Chuck,
I thought you might find www.boomerdeathclock.com funny. Better get marketing, we're dropping like flies. Seriously though; the death and dying industry must be set to make a killing on our generation! Pun intended. - Jim

Some people find the Death Clock humorous, some are offended, some simply shrug. When I first saw it I mildly chuckled - but it wasn't long before I realized how inspirational the clock is. Looks like we'll be around for a very long time.

The biggest shock for me was how many Baby Boomers are still alive. I don't sit around thinking about these things - but if someone had asked me, "What percentage of Baby Boomers do you think have died?" I probably would've guessed about 20-25%. I find out from the Death Clock that only 6.5% have passed away. That is truly astounding. Compare that to previous generations over the last few hundred years. Thanks to all sorts of health/medical practices and advances, we'll be the first generation in history to be huge, vital and active after age fifty (and this isn't some guy wearing rose-colored glasses talking). For the next quarter-century Baby Boomers will continue to be on the cutting-edge politically, culturally, artistically, economically. Add this to what has already been accomplished over the last four decades (a good resource is Leonard Steinhorn's book) and Baby Boomers will end up being the most influential generation since … the generation that came of age in the 1920s?

On topic: We'll certainly be the first generation over forty seriously targeted by marketers and advertisers (if they're smart). Again, Baby Boomers will be a major economic force for another quarter-century, minimum.

But the real legacy may be our influence on the Millennials (born between 1987 and 2000). They're already showing signs of rebellion, rejecting authority, thinking for themselves, redefining social structures, breaking taboos. The best part: they are the most ethnically, culturally, and religously diverse generation ever — adding to the Baby Boomers' penchant for inclusiveness. Our most potent legacy could be our grandchildren. My hope is that they outshine us in every way.

Take a look at the Boomer Death Clock again. If you ask me, it's barely ticking.
Posted by Chuck Nyren at 9/07/2006 No comments:

Sarah Lacy's latest piece in Businessweek is all about Mozilla's Firefox:

"But as Mozilla prepares for the October release of the next version of Firefox, the group is facing its biggest challenge yet: Going mainstream. Firefox's share of the market, however impressive, has been flat after rapid growth in 2004 and 2005. Analysts say that's because Mozilla has largely reached the natural Firefox constituency-hip college students, Microsoft haters, and tech geeks." 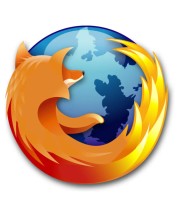 I use Firefox. However, I'm not in one of the demos above: I have no beef with Microsoft (in fact, I wrote some copy for them a loooooong time ago), I'm not a hip college student, I'm hardly a tech geek - although I know my way around a computer and the internet.

Firefox is simply a better browser. In some ways, it's much better. Using tabs along with their scrapbook feature is the best way to gather and store web-based info, and the extensions make virtual life easier and are easy to install. I get a kick out of sifting through the available extensions. It's obvious that the open-source developers are having a blast creating them.

But as the article says:

"Mozilla's order will only get taller once Microsoft releases the latest version of Internet Explorer, now available in test mode. The new Microsoft browser already contains many of the innovations that have set Firefox apart … Some fear Firefox could even lose market share."

Here is where Mozilla will really stumble - their patronizing dismissal of Baby Boomers and older:

"There are more than 63 million baby boomers and 25 million senior citizens online, and Mozilla figures the best way to reach them is for their more tech-savvy kids or relatives to install Firefox for them."

I've blogged about this before:

The computer/internet ethos for most Baby Boomers is that they pick and choose what technology they want to use, buy, or install. Some are all over Skype, video and music uploading and downloading, research, education, travel planning, shopping - while eschewing blogging, communities, and web page design. Or it's the other way around. Or variations thereof. When it comes to new technology, most Baby Boomers only learn about what interests them. They don't feel the need to know everything about computers and the web. 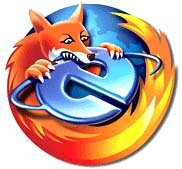 Mozilla should make a case for Baby Boomers to choose Firefox. And there are tons of reasons for Boomers to do so. Aside from the Firefox features, most Boomers would identify with and champion a bunch of rebellious folk that questions authority and the status quo and created a product out of love and not for profit. We’ve always liked idealistic troublemakers.

I might be willing to join in and do a bit of free Firefox evangelizing - maybe by writing some copy explaining in down-to-earth language the advantages of Firefox. It would appear to be age-neutral copy, but in a style that Baby Boomers would find appealing and relevant. I could also offer some WOM and media planning advice, since media buyers/planners probably won't be much help.

But sadly … because I'm over fifty, I'm too much of a technological luddite to figure out how to find Mozilla on the web and email them. I'll have to wait until some 'tech-savvy kid' comes over so he/she can do it for me.
Posted by Chuck Nyren at 9/05/2006 No comments:

So What's A Baby Boomer?

Thanks to Food Navigator USA, we have a bit of insight into the recent IRI Report on Baby Boomers:

The "baby boom" actually began in 1943 when birth rates began to rise, dipping slightly in 1944 and 1945. I like to include people born a few years before that when I talk about Baby Boomers. And if you press me, I'll admit that for me the "baby boom" ended in 1957 - and people born between 1958 and 1964 really are another generation.

More about the IRI Report.