How America is Watching TV

Koeppel Direct has put up a juicy infographic about our TV watching habits.  It’s too big for this tiny blog, so here’s a link:

How America is Watching TV

I’ll grab a chunk of it: 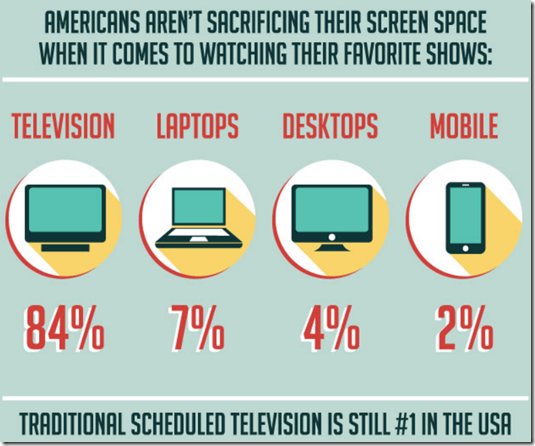 Sounds like what I’ve been saying for years.  So have others:

15 June 2010
Spending goes where the eyeballs are.