Good To See The Young’uns Catching Up 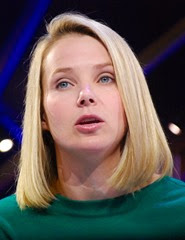 Yahoo Wants You to Linger (on the Ads, Too)
By Vindu Goel, New York Times
… Marissa Mayer, the chief executive, has decided that one way to reverse that decline (in advertising) is to turn the company into a media empire with a constellation of what it calls digital magazines…

Ms. Mayer says that she wants to make Yahoo a “daily habit” for its 800 million users. But she doesn’t want people to come to Yahoo just to read email, post photographs on Flickr or get the latest sports scores. She also wants Yahoo to be a place where they curl up and spend some time …. And curling up right beside them would be the advertisers.

Sounds familiar.  Should you read all my posts on this subject?  Nah. You’d be here for hours.  One or two’ll be enough.  Click and pick:

28 August 2013
Tablets & The Magic of Muggles
…Tablets could become a major vehicle for advertising.  They’ll get bigger, lighter, much thinner, flexible or semi-flexible if that’s what you’d prefer, easy to handle while sitting, lying down. Finger scrolls won’t be much different than turning pages…

… If I tuck a magazine under my arm and take it with me, is that mobile advertising?  If I’m home on my couch flipping through Flipboard on my tablet that I don’t take anywhere anymore because the thrill of brandishing it is gone, I just use it at home - would those big, almost full screen ads be traditional advertising?

It’s good to see the young’uns catching up.  They may need a bit of help, however: