The History Channel's "Our Generation"

Whew. I'm back from a grueling but productive and fun road trip.

I'll blog about it chronologically, with three entries. You're reading the first one:

A stop in Atlantic City for a talking head gig on The History Channel's 13-part series Our Generation with Steve Gillon. It was taped at an antique show, the crew was bouncing around, wending its way in and around booths hawking toys from the 1940s, 50s, 60s. It's a big business, these Baby Boomer toys. 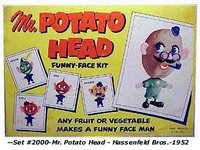 I brought in my pal John Migliaccio - and Steve, John, and Yours Truly huddled alongside a hectic aisle, chatting about the advertising and marketing back then. And the TV shows. And the toys. My diarrhea of the mouth included bloviations on Howdy Doody, Wyatt Earp, Mr. Potato Head, our disposable childhoods, and who knows what else — and who knows what'll be left in and what'll be left on the virtual cutting-room floor.

John talked about his Slinky.

AARP is proud to be the exclusive sponsor of Our Generation, The History Channel's new series that takes you on a journey to visit the places, people and events that have shaped the largest and most vocal generation in American history: the baby boomers. The History Channel's resident historian, Steve Gillon, tells the stories of the unforgettable events that defined this generation and changed the world. This generation rocked at Woodstock, rocked an administration during Watergate, watched America put a man on the moon, and helped create our digital world. From politics to pop culture, this is the story of the iconic moments that defined America's most iconic generation and is told by the people who witnessed these events and made them history. Join Steve and Hugh Delahanty, editor-in-chief of AARP Publications as they discuss Our Generation, preview clips from upcoming episodes, and answer audience questions.

The show premieres this Friday. Keep a lookout for it. When the episode I'm in is on, the world shall be warned right here.
Update 12/16/06 - The episode is scheduled for this week: