What Kind of Genius Are You?

Daniel H. Pink of A Whole New Mind fame has a wonderful piece in Wired:

A new theory suggests that creativity comes in two distinct types - quick and dramatic, or careful and quiet … What he (David Galenson, University of Chicago) has found is that genius - whether in art or architecture or even business - is not the sole province of 17-year-old Picassos and 22-year-old Andreessens. Instead, it comes in two very different forms, embodied by two very different types of people. "Conceptual innovators," as Galenson calls them, make bold, dramatic leaps in their disciplines. They do their breakthrough work when they are young. Think Edvard Munch, Herman Melville, and Orson Welles. They make the rest of us feel like also-rans. Then there's a second character type, someone who's just as significant but trudging by comparison. Galenson calls this group "experimental innovators." Geniuses like Auguste Rodin, Mark Twain, and Alfred Hitchcock proceed by a lifetime of trial and error and thus do their important work much later in their careers. Galenson maintains that this duality - conceptualists are from Mars, experimentalists are from Venus - is the core of the creative process. And it applies to virtually every field of intellectual endeavor, from painters and poets to economists.

This is a major theme in my book Advertising to Baby Boomers. And I've found that the most popular segment of my presentations is 'a brief history of advertising' where I talk about the ages of some of the top creatives (Rosser Reeves, David Ogilvy, Leo Burnett, Bill Bernbach) and how they fashioned their most successful campaigns in their 40s, 50s, and 60s. 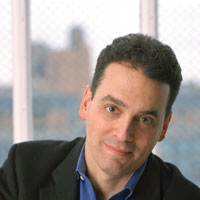 While sniffing around Dan Pink's web site and blog, I found this:

But he may be a better surgeon. His ad may not be quite as fresh and glowing as the Madison Ave. fraternity would like to see it be, and yet he might write an ad that will produce five times the sales. And that's the name of the game, isn't it?"