In 2007 I was recruited to pen a chapter for The Silver Market Phenomenon Edited By Florian Kohlbacher and Cornelius Herstatt: 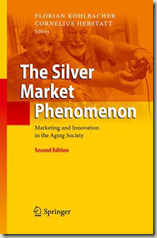 28 June 2010
The Silver Market Phenomenon 2010: Update
… The current shift in demographics – aging and shrinking populations – in many countries around the world presents a major challenge to companies and societies alike. One particularly essential implication is the emergence and constant growth of the so-called “graying market” or “silver market”…

Last year I was again honored.  Professor Kohlbacher asked me to fashion an Afterword for his newest co-written tome: 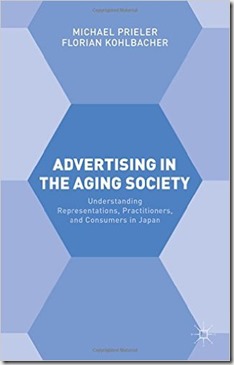 Advertising in the Aging Society
Understanding Representations, Practitioners, and Consumers in Japan
By Michael Prieler and Florian Kohlbacher

Population aging is a powerful megatrend affecting many countries around the world. This demographic shift has vast effects on societies, economies and businesses, and thus also for the advertising industry. Advertising in the Aging Society presents an insight into advertising practitioners and consumers in Japan. 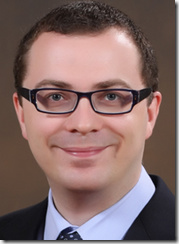 Michael Prieler is Associate Professor of Communication in the School of Communication at Hallym University, South Korea. Before this, he worked and studied for several years in Japan. His research focuses on media representations of gender, race/ethnicity, and older
people,and has been published in numerous books and international journals. 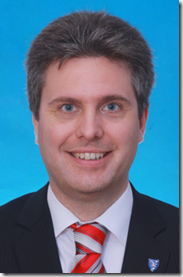 Florian Kohlbacher is Associate Professor of Marketing and Innovation in the International
Business School Suzhou (IBSS) at Xi'an Jiaotong
- Liverpool University (XJTLU) in Suzhou, China, and the Founding Director of the XJTLU Research Institute on Ageing and Society (RIAS). He is also an adjunct fellow at the Institute of Contemporary Asian Studies (ICAS) at Temple University, Japan Campus.

For a limited time, Palgrave Macmillan is offering a sample chapter for download.

A snippet of the Afterword:

… During my international consulting in Europe and elsewhere, I always begin my presentations with a quote from American Political Scientist Seymour Lipset (1922-2006) culled from his book American Exceptionalism: “Those who know only one country, know no country.” Then I say to the participants, “Whatever I tell you today will be specific to the 50+ Market in the United States … Much of what I’ll say will not be relevant to you. What I hope will happen: As you watch and listen, every so often certain concepts, ideas, and practices will ring true – and you’ll know that what I’ve just said is more than likely a universal truth about advertising to this demographic. You will then be able to fashion marketing campaigns with a finely-tuned mix of country-specific and universal values.”

From my experiences hopping from country to country, I was surprised to be learning as much about my country as I was learning about other countries…

Back to The Flyer you should’ve downloaded:

"This is a very exciting book. Japanese advertising practitioners should listen carefully to Prieler and Kohlbacher's messages. They have implications for advertising around the world as population's aging is a global megatrend."
- Setsuo Sakamoto, Executive Producer, Institute of Elder Knowledge and New Adult Culture, HAKUHODO Inc.

Congratulations to Michael Prieler and Florian Kohlbacher.  Advertising in the Aging Society is a major accomplishment.