What I didn’t foresee is Facebook becoming the generic virtual space for keeping up with friends from high school, college, work through the decades, etc.  These aren’t friends you necessarily hang out with now – and Facebook was originally a ‘here and now’ place for college kids.  How it’s transformed.

Then we whitewashed a few fences: 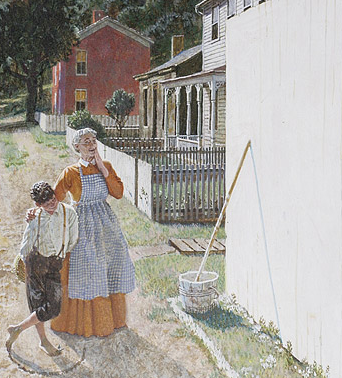 Population aging is a powerful megatrend affecting many countries around the world. This demographic shift has vast effects on societies, economies and businesses, and thus also for the advertising industry.
By Michael Prieler and Florian Kohlbacher
Forward By Dave McCaughan
Afterword by Chuck Nyren
Publisher: Palgrave Macmillan

The Ugly, The Bad and The Good
Twitter, Smartphones & Tablets, and Silver Super Models

Traipsing every which way:

I also blog at Huffington Post. Not about advertising,  mostly goofy slices-of-life. The most popular piece this year:

In a Hospital for No Good Reason 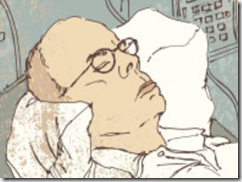 … I keep seeing the word unremarkable. I figure out it's med-speak for normal. At age 64, after abusing my mind and body in every way imaginable throughout my life, I'd say that anything normal is remarkable…

No doubt more fun and frolic in the New Year.