I’ve been following Ameriprise’s stumbling and pandering advertising for over nine years:

Ameriprise vs. Fidelity Financial Redux  (2006)
The 1960s were about cultural change and political activism. But in Ameriprise's new commercials, the era's touchstones are evoked in the name of money, money, money. 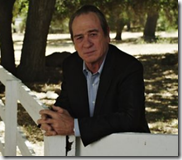 Ameriprise seems to still be interested in Baby Boomers:

Ameriprise Study: First Wave of Baby Boomers Say Health and Emotional Preparation are Keys to a Successful Start to Retirement  (2015)

But someone must've knocked down that whitewashed fence:

Oh, to be a gadfly on the wall during that creative review…