The No New News News

Even that shticky opening sentence is nothing new.

Ignore Boomers at your peril

… The 50+ market is tremendous, controlling roughly 70 percent of the nation’s disposable income. We account for 80 percent of luxury travel marketing, buy five times as many new cars as 18-to-34-year-olds, and represent 40 percent of the population. 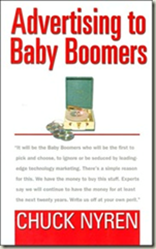 That’s a long time to be periled.

Baby Boomers say they aren't moving out of their homes
By Les Christie  @CNNMoney
… In a survey of 4,000 Baby Boomer households conducted by the non-profit Demand Institute, 63% of Boomers plan to stay in their current home once they retire.

Selling Universal Design/Aging In Place ©2005/2007 (PDF):
… My NAHB presentation had a large section dedicated to the problem‘ of aging in place. It‘s a problem, of course, for AACs. How do you convince Baby Boomers to consider your offerings – whether your community is across the country or across town? 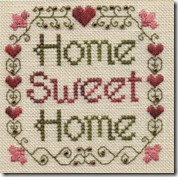 The first slide in the aging in place section was titled Let‘s talk about your competition.  I tossed up logos from Del Webb, Robson, Meritage, and a few others – along with one of a real estate salesman outside a house with a for sale sign. I shook my head. “These are not your competitors,” I said, “This is.”

… As millions of Boomers move into a stage that has no name, no clear role in society, yet vast possibilities, there is an urgent need for democratized versions of such programs—offered at a cost within reach of the bulk of the population and widely available through continuing education programs or even community colleges around the country.

AARP has produced a supplement for HR Magazine all about hiring experienced workers (or not letting them go):

HR and the Aging Workforce 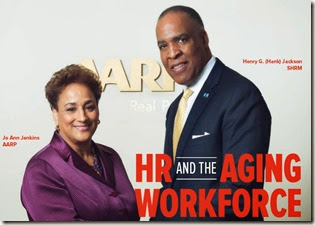 Good stuff, but yours truly and others have been screaming about this for over a decade.  Take a look at one or two of these: