Art & Copy to Premiere on the PBS Series Independent Lens on Tuesday, October 26, 2010 at 10 PM
George Lois, Mary Wells, Dan Wieden, Lee Clow and Hal Riney may not be household names, but the advertising slogans they are responsible for - "Just Do It," "I Love NY," "Where's the Beef?," "Got Milk," "Think Different," as well as brilliant campaigns for everything from cars to presidents - are embedded in our national psyche.

This is an advertising blog, so I’m guessing that a good many readers are familiar with the names above.  If you’re in the business, Art & Copy is mandatory viewing.  If you’re not – it’s pretty good and you’ll enjoy it.

I received a promotional copy.  Thanks, Independent Lens and ITVS.

The title is a reference to Bill Bernbach and his insightful and revolutionary practice of teaming copywriters and art directors from the get-go.  This had been done before, especially during the earliest days of modern advertising – but as with most businesses, everything became departmentalized.  Now we talk about silos and flattening hierarchies.  At DDB, Mr. Bernbach made it an an advertising industry standard.

Art & Copy does cover a chunk of the revolution – but concentrates on the post-revolution work of the 1970s to the middle 1990s.  It’s great to have folks like Hal Riney and Lee Clow on videotape for future generations.

Of course, I get bigger kicks out of earlier folks like Phyllis K. Robinson, Mary Wells Lawrence, and the controversial George Lois – the real Mad Men and Women.

A good piece in The New York Times:

The Birth of ‘Just Do It’ and Other Magic Words
By JEREMY W. PETERS 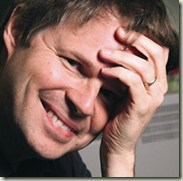 … Mr. Pray, the film’s director, said part of his reason for doing the film was to shed light on the people behind ads that — for good or ill — have left a mark on American culture.

“Whether we like it or not, they have shaped our culture to a huge degree. And nobody knows where they’re coming from,” Mr. Pray, a documentarian who has also directed commercials, said in a recent interview. “We know the captains of industry. We know the heads of G.M. But somehow that’s not true with advertising.”

Where is the definitive documentary on the history of advertising?  That’s what I’m waiting for.  Maybe I should make it myself. I’d start right here – and call up Mark Tungate and a few others.