It’s nice to wake up in the morning and see that you’ve been ‘blogged’ by two top ones – coincidently both on the same subject: social networking sites.

I’ve written about this subject ad nauseam - here, in my book, in articles. Three posts: 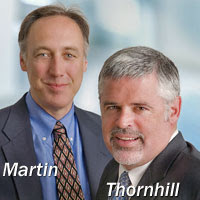 Matt Thornhill and John Martin of The Boomer Consumer fame (and they’re also famous for a few other things) have put together “The List” of Baby Boomer social networking sites – along with trenchant comments on many of them. It’s not a complete list, and they admit as such. But that’s the point. These silly sites are popping up like mushrooms. There is no way you could ever list them all or find them all. Many have died already, or are in their death throes. (Instead of an obit section like Eons has, I’m thinking of putting up an obit section here for Baby Boomer social networking sites.)

Then Peter Himler, numero uno Flack (hey, he describes himself as such – at least the ‘flack’ part – ‘numero uno’ is my description), also talks about social networking sites, and tells a great story about his experiences with one: 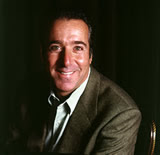 ... Within a day, I started receiving messages from some of the lonelyhearts whose less-than-appealing head shots peppered the site .... The next day, the come-ons from paid escorts arrived. I cancelled my membership and struck the site from my new business prospect list ... I'm convinced that there are many social networks -- some I know, others I don't -- with the kind of membership, content and utility that will accrue to me personally and professionally. I'm just scratching my head on which ones.”

Business networking sites - of course, it's simply good business to join some. But as far as general interest social networking sites, when Peter mentions “content and utility” I think he means relevant articles, videos, and new media - along with finding products and services of interest to him.