How do you write about advertising with all the nuttiness going on in the real world? At the moment, I’m trying to find a place to get a shot while not getting shot.

I still stumble upon articles about advertising and marketing to Boomers:

Don’t forget about us: How brands can reach Baby Boomers

It’s the same old same old drenched in dollops of bad advice. I could parse it, but after so many years of doing that I’m bored doing that: 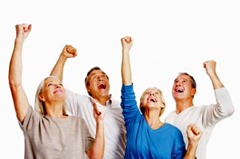 19 NOVEMBER 2012
There’s a lot of bad advice out there. And old advice. And old bad advice.

We’re watching a lot more TV. As always, television is the best place for advertising.

We’ve done that already.
Nothing I can think of is as lively and chipper as television in its final throes.

Magazines have been making a sort-of comeback. People are getting exhausted staring at their phones/computers. To break the monotony they’re picking up, getting sucked into magazines they might normally only flip through: Costco Connection, AARP publications, all special interest magazines. This more than likely also includes general interest magazines (although I have to admit that I don’t recognize any of the people in People Magazine anymore).

Like everybody, we’re rarin’ to go just about anywhere as soon as it’s safe. Plans are being hatched:

er-50s rush to book holidays as vaccine boosts confidence
By Simon Browning
National Express's coach holiday businesses say bookings made by those 65 and over have increased by 185% in the last fortnight compared to last year.

That’s also happening and will be happening in the U.S. and elsewhere.

Advertising. It’ll continue to be a slow, arduous, bumpy ride with stops and starts for the first half of 2021 – then …