I've been asked to be an Honorary Member of IMMN (The International Mature Marketing Network):

IMMN is a non-profit consortium of marketers, advertisers, agency execs, manufacturers, publicists, media, academics and researchers focused on the 40+ consumer, a market of growing size and influence around the world.

The idea incubated back in October 2006 at the Beyond The Boomers Conference in Chicago. I gave up some of my time so an attendee, Kevin Lavery, could speak. Kevin is the Executive Creative Director of Millennium in England - and I knew that his presentation would be a treat for everybody. Little did I know that it would mushroom into a global think tank for mature marketing.

I also interviewed Kevin for a chapter in the updated, 2007 paperback edition of my book. 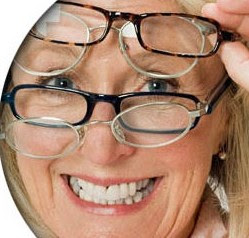 A few other large companies and influential folk have been approached for honorary membership in IMMN. Keep an eye on the members page. It'll be growing. And I hear that a Speakers Bureau is at the top of the project list. Download the IMMN information leaflet (PDF).
Posted by Chuck Nyren at 10/16/2007